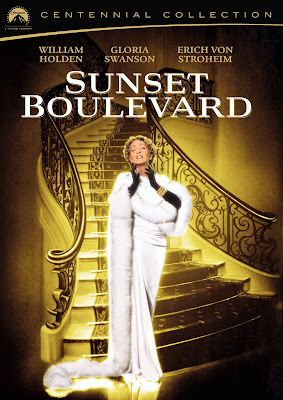 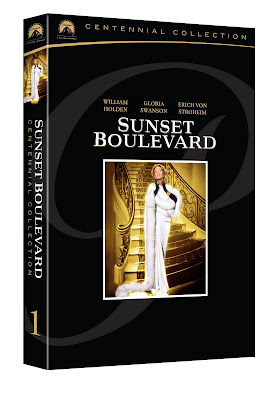 
Click Here to View Clips in our Video Screening Room

"This Billy Wilder should be sent back to Germany!
He bites the hand that feeds him!"
- Studio Executive Louis B. Mayer, following Sunset's premiere

"I am Mr. Wilder and why don't you go f**k yourself!"
- Billy Wilder, upon hearing Mayer's comment*

*As quoted from Cameron Crowe's Conversations With Wilder
(pg. 341)

In editors David Thompson and Ian Christie's Scorsese on Scorsese-- referring to a conversation he had with Joe Pesci-- the Oscar winning director notes, "John Ford made Westerns. We make street movies. Let's do that," (pg. 146). And while of course, Martin Scorsese has gone on to do so many other things by exploring comedies, epics, biopics, and even musicals-- like most directors, he's arguably at his best when working with a subject or genre that comes directly from his core. And this is not a singular case as it seems to be a recurring tale for countless directors as nobody crafts a grand scale epic like Ridley Scott, an urban night-filled masterpiece like Michael Mann, or a psychological comedy like Woody Allen.

However, when it comes to trying to define the career of Billy Wilder, I'm not only stumped but in awe. Currently the subject of our latest Film Intuition poll asking you guys to select the filmmaker's masterpiece-- just looking over a majority of titles from Double Indemnity to The Lost Weekend to Sunset Boulevard to Some Like It Hot and Stalag 17-- there isn't a genre he hasn't explored and (in the same turn) mastered.

Is there a greater film noir than Double Indemnity, for example or a funnier cross-dressing picture than Some Like It Hot? A more bittersweet romantic comedy than The Apartment? I'd be hard pressed to find one and on the new gorgeous restoration of his 1950 classic Sunset Boulevard, released as title number 1 in Paramount's newly launched 2-disc DVD sets which comprise their Centennial Collection, one interviewee even goes as far as to joke that Billy Wilder made the greatest movie ever made in every single genre. 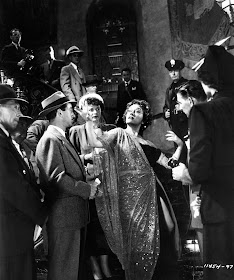 While of course, it's an overstatement, just glancing through his credits, one realizes that cinematically he was pretty close to perfection, even when some of his pictures went off course. And certainly there are threads running throughout his films that link together characters and themes that echo one another throughout, but he enjoyed challenging himself with innovative shots and ideas that one doesn't normally think about when the phrase a "Billy Wilder film" is uttered. Mostly it's the lines people remember like "shut up and deal," from The Apartment, or Sunset's "I'm still big, it's the pictures that got small," or "Nobody's perfect" from the end of Some Like It Hot and while upon first, second, and even a third viewing, you find it hard to look past the dynamic presence that is Gloria Swanson as Norma Desmond in Sunset Boulevard (nearly realizing as an afterthought just how incredible William Holden was in that brave and frankly equally reprehensible role), watching it again in its epic glory, I was blown away by some of the breathtaking shots and epic photographic demands being placed on cinematographer John F. Seitz (Double Indemnity, The Lost Weekend).

Consider how incredibly difficult the film's opening shots would've been to construct in that era as we meet our narrator-- the unlucky dead screenwriter (a joke referenced to in Altman's The Player given the industry's lack of respect for their scribes) Joe Gillis (William Holden), floating eerily still, killed by gunfire in the pool of Norma Desmond. And of course, this is before the film goes even further back into the past when the writer is alive and well, hiding out from creditors and those he's indebted to by punching his typewriter keys in a lonely, stale apartment that the camera swoops up into, blowing perfectly past a drape in a great reveal of the writer at work.

Always wild about voice-over narration since according to the DVD's featurette "Sunset Boulevard: The Beginning," it allowed Wilder the chance to unload all of the exposition quickly to delve into the story and also as a satirist, giving him the opportunity to comment on the goings-on-- the film deceptively sets itself up to be about Holden. After all, he's our main character who, unable to sell his recent screenplay seems to have hit rock bottom when he loses an agent in quick succession just before a tire blowout. Yet when the stranded motorist steps inside the nearest mansion on the boulevard, nothing could've prepared either him or the audience for Norma Desmond (Gloria Swanson). 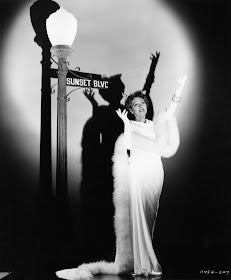 An aging silent movie star who lives like a near recluse, awaiting a call that will never come from Mr. DeMille to get back into the pictures, reading stacks of fan mail, and working on a bloated melodramatic interpretation of Salome-- Desmond first mistakes Gillis for the man who has come to bury her beloved dead chimpanzee but upon discovering his true profession and after he manipulates her for a handout, hires him to do a script rewrite. Of course, instead of a simple doctoring of the work he could hammer out in a day, Desmond settles his debts and asks her trusted butler (Erich Von Stroheim) to move in all of his belongings. Soon the line blurs between the two as he turns into her favorite paid boy toy when Holden crosses ethical boundaries and allows himself to become her own gigolo.

A writer whoring themselves out for work is of course, not a new idea in Hollywood as we hear plenty of tales of artists just "in it for the money" whether it's starring in a cheesy comedy or brainless blockbuster but Sunset Boulevard seems to work on a number of levels. It's as filled with irony and backstabbing as its main competition that year and winner of the Best Picture Oscar, the excellent All About Eve (which again displays a remarkably dark side of show business except this time in the theatre), it's a film that seems to change with each viewing.

On one level Sunset could be labeled a campy horror film, as "operatic" as the Broadway musical, a Hollywood slice of film noir, a dark comedy, a strange ode to the unpredictability of Tinsletown as fame and "another picture" can show up in a number of ways as well as a another cautionary tale about people who try to step over others opportunistically as every character-- even the wholesome writer (Nancy Olson)-- is always scheming on some level. Yet, whichever way you view it, it compels you in such a way that although it's Hollywood he is analyzing, one can see the way that the film holds up today in not just reflecting the eternal battles of deciding whether or not to compromise yourself to make a living (whether artistically, ethically, etc.), negotiating and finding a balance with others, and fighting to get back "up" once you've been downsized, let-go, or are no longer the box office draw you were decades earlier. 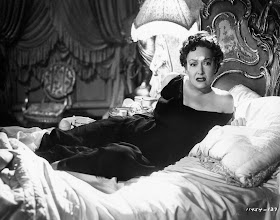 Admittedly, a risky film for Wilder to make as even he told Crowe that he "wanted to make things a little harder for myself... to do that thing which never quite works-- a picture about Hollywood," (pg. 47) the film was especially daring in the amount of insider details, lines and situations that hit a little too close to home, and aspiring cinema scholars will relish in the amount of in-depth information available in the 2-disc set from a feature length commentary by On Sunset Boulevard: The Life and Times of Billy Wilder author Ed Sikov on the first disc or the fifteen additional featurettes on the second disc of bonus material.

With rare interview footage featuring its star Gloria Swanson and a look back at every aspect of the film from the score to the location map, a profile on acclaimed costume designer Edith Head, insider details by scholars, media experts, and those involved (including numerous sharp observations by Nancy Olson), a portrait of William Holden that makes a nice companion piece to a thirty minute featurette on the Centennial disc for Sabrina, and more, there's enough food for thought to enrich your viewing experience several times over.

Finally a version of Boulevard that's ready for its close-up in your home DVD library, it's an ultimate celebration of a unique film that one realizes painfully would never be made in quite the same way today (if it were greenlit at all), yet one in which the references and incessant homage show up again and again throughout our culture... much like a majority of other films from the endlessly versatile, label-transcending, and surprising chameleon, Mr. Billy Wilder.