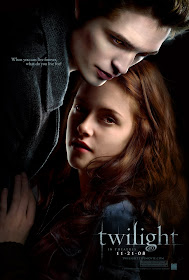 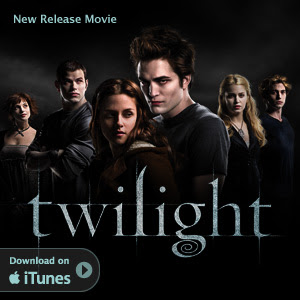 "So why do we choose the boys that are naughty?
I don't fit in, so why do you want me?
I know I can't tame you... but I just keep trying."
- Gwen Stefani, "Bathwater"

"Why do the good girls always want the bad boys?" Stefani asks in her alternately catchy and creepy anthem "Bathwater." And although I completely disagree, it's a popular stereotype and a cliche so frequent that as a woman who could always count her female friends on one hand (since there are very few female film geeks), it's nonetheless a conversation I've had repeatedly with my male sidekicks for years. Honestly, I've never had the patience for the posers-- the brooding bad boys-- or the "inner demon" poster boys who use too much hair gel and seem to have taken notes from the James Dean and Marlon Brando playbook.

Admittedly while mysterious is impossibly sexy, my game-playing days ended when I outgrew "Candyland" but then again, I've never been overly mesmerized by the Harlequin romance styled fodder that are purchased by the truckload each and every week in supermarkets across the country. Now in my late twenties and therefore not in author Stephenie Meyer's demographic, I first heard of her incredibly popular young adult Twilight series in the first part of 2008 when word that a film version was in the works began inundating the media.

Like the actress who would become Bella (the film's main character)-- a.k.a. Panic Room and Into the Wild star Kristen Stewart-- it was a series with which I was completely unfamiliar yet, similar to her confession in the Summit Entertainment press release, once I heard the title, soon I realized that Twilight fever was everywhere. Having earned a cult following the likes of which I hadn't seen since Harry Potter, I always planned on reading the first book prior to the screening but grad school and work got in the way so it was with very little preparation that I entered the press screening earlier in the week.

Although I knew it wouldn't be an ordinary ho-hum, laid-back evening at the movies, what I walked into was something close to Beatlemania as the small but packed audience contained more screaming girls and palpable excitement than I'd experienced only one week earlier for the latest film featuring James Bond. And while the audiences were definitely different as middle aged men genuinely don't shriek despite their affection for Bond (and more so for the striking Bond girls), nothing could've prepared me for the enthusiasm of the audience. Carrying the books with them as though they were life preservers should the audience flood with the sound of screams or tears, it was easy to tell press from the fans as the lucky "free pass" holders pledged their allegiance proudly to Meyers' universe with Twilight t-shirts and vampire-like clothing.

Eager to learn more, I chatted with a few people who told me I "must read the books," and being that my main experience with the genre is owning and loving every episode of Joss Whedon's brilliant Buffy the Vampire Slayer, I started to get caught up in their excitement. Yet, once the film kicked into gear and the simplistic story was set into motion and the emotionless dialogue started to overtake the amazing cinematography and stunning visual look of director Catherine Hardwicke's film-- instead of Stefani's lyrics--another torch song filled my head, a Peggy Lee classic wherein she wonders, "Is that all there is?"

But before we dissect the film, a little background for those, like myself who are Twilight newbies. Due to her stepfather's endless travel demands as a minor league baseball player, the beautiful yet shy Bella (Stewart) makes the decision to move her cushy life in perpetually sunny Phoenix, AZ to stay with her estranged father in the small town of Forks, Washington. Immediately giving off a vibe that's halfway between David Lynch's Twin Peaks and Buffy's Sunnydale, Bella appears to be the unwilling "shiny new toy" for her classmates, instantly making friends as though this were high school in the '40s instead of in the '00s where cool is everything. Moreover, the seventeen year old also finds herself given the evil eye by handsome, perfectly coiffed, and extremely pale-skinned Edward (Harry Potter's Cedric Diggory, actor Robert Pattinson).

And while she's indeed attractive, the thing catching Edward's attention more than her dark mane of hair and sweet features is her smell-- not just the pheremones one would expect but precisely her blood. Nearly unable to contain himself in a scene that must've played much better in literary form-- as onscreen it just appears to be high camp-- Edward catches a whiff of Bella as a fan blows in biology class and he looks as though he's going to need to make a trip to the nurse's office.

While of course, those familiar with the book and from the trailer realize instantly that he is in fact a vampire, the overly languid pacing of the 120 minute film takes a full hour to reveal his true nature. By that time of course and typical of the old adage which started this review, Bella is head over heels in love with the bad boy, yet she hasn't deluded herself into wanting to tame him but instead is perfectly willing to be devoured or "turned" into a vampire as well in a subtly bizarre S&M relationship.

Noting in the press release the disturbing trend of girls who've treated the book as though it were "a bible" even going so far as to tattoo the phrase "and so the lion fell in love with the lamb" on their ankles-- while the modern day allusion to Romeo and Juliet cannot be understated, more than that, the film seems to be the ultimate in promoting submissive women to fall under the spell of brutes like Beauty and the Beast. While of course, Edward is a "good vampire," whose family is comprised of impossibly beautiful, mostly Nordic looking individuals who "sparkle" like diamonds in the sunlight (going against traditional lore that vampires die in the sun) and only feasts on the blood of animals-- repeatedly throughout the film, he proclaims how much he hungers for her blood. Still, for a vampire movie, there is very little action and the best staged scene involving vampire baseball is one of the lamest attempts to recreate the excitement of Harry Potter's Quidditch in years.

Yet, it's more concerned with a different kind of "action"-- specifically, not so subtle sexual tension with a heavy-handed and fantasy delivered abstinence message as Bella proves to be the aggressor, longing to make love with Edward, who refuses because he's afraid he'll lose control and harm or kill her. Needless to say, it should feel more sensual than it does but because the personalities of the characters are so poorly constructed, it managed to cause surprised laughs in places that were hoping to be deemed romantic. And granted, as a vampire Edward fares better and Meyer taps right into her tween market by crafting an impossibly handsome lead, even despite his slightly androgynous boy-band looking persona, the actor garnered impassioned squeals from his hormonal fan-base. Although he crawls through her window and eerily watches her sleep, he also who wants to formally meet Bella's father before taking her out, comes to her rescue at every single critical moment, plays piano for her, and shows her the beauty of Washington from a tree-top. Yet, while he's the stuff of Harlequin romance, Bella is a blank slate.

Stewart is a remarkably emotive young actress who always seems contemplative and in-tune with whatever character she's playing no matter how little time we spend with her onscreen whether it's trying to name all of the Beatles albums in Panic Room to stay calm and not go into diabetic shock or urge her mother Jodie Foster to curse at the home invaders or remain secretive about a sexual relationship with her father's business partner in What Just Happened, yet despite this, Bella remains a mystery in Twilight. Seldom given more than a complete sentence to utter at one time and being forced to mostly stammer like Hugh Grant in the early '90s, she hides her smile as well as her personality behind the clumsily stale script by Step Up screenwriter Melissa Rosenberg. Without any real sense of her ambition or interest aside from chatting by phone with her mother and carrying a tiny cactus with her, Bella is basically a cardboard cut-out walking around until the male character makes her whole by singling her out for romance.

Although it's filled with a wonderful color palette of Earth tones including great usage of blues, browns, greens, and grays that match the Washington landscape (despite being filmed in Oregon) and some of the exquisite cinematography leaves you breathless and there's an awesome final "reveal" near the ending that is sure to cause more excitement and tension in the sequel, I was amazed by how unaffected I was by the film and how uninvolved I was with our leading lady. Luckily, I was assured by a few audience members who were Meyer devotees and also disappointed by the cinematic interpretation, who later pleaded with me to read the far superior series which I think I'd like to do, mostly out of curiosity to see if and how events and characters were developed in the text.

Yet, ultimately, the film felt as icy as Edward's temperature and I was troubled by some of its implications about the submissive and overly masochistic Bella character (despite a screenwriting joke that tries to trick us into thinking Edward was the masochistic one) as she begs him to "bite" her so that they can spend eternity together. Of course, it's supposed to add to the belief that they are star-crossed lovers and soul mates but Bella's complete willingness to subvert her entire identity (what little there is of course) is about as troubling as the news this year of the high school pregnancy pact.

Obviously, dating a vampire, Bella wouldn't have to worry yet about delivering a child, especially given their chaste relationship, and while there's no way to duplicate the spunk of Sarah Michelle Gellar's feminist Buffy character especially because it seems obvious that deeper tragedy will spring up in the next Twilight installments, by not giving us anything to care about onscreen, it makes it really hard for me to understand why so many young women say they identify so strongly with Bella... without being quite alarmed in regards to my gender.

While definitely, this could change if I read the book... unfortunately as a film critic, I'm only able to give you my evaluation of the movie as it stands alone. Of course, it will be no surprise that Twilight is sure to rake in the box office dollars (and for a female driven film directed and written by a woman based on a novel by a woman, I couldn't be happier), but I only wish that the fans had been delivered a product worthy of-- if not the book, ticket, and merchandise sales-- than the strain on their shrieking vocal chords alone.
Jen Johans
Share
‹
›
Home
View web version